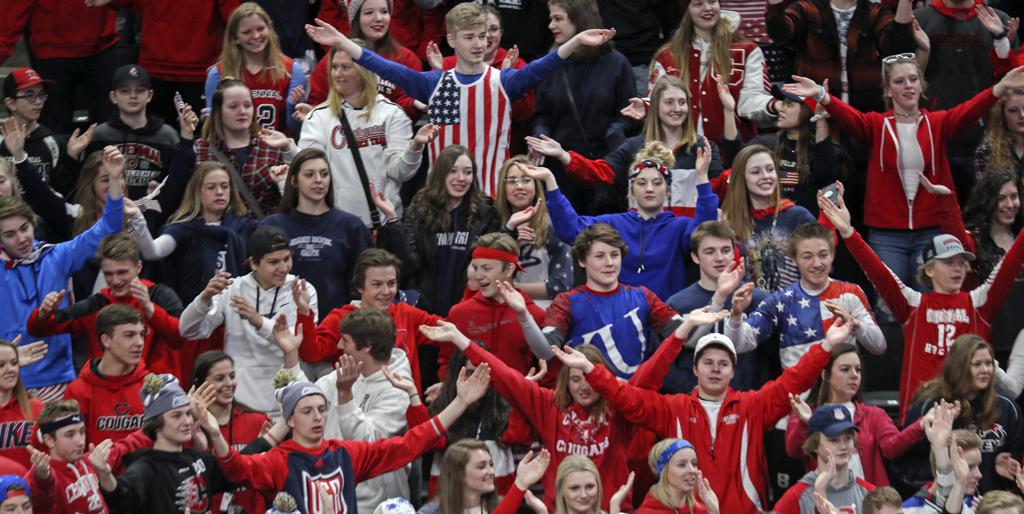 Centennial coach Kristi King advised her players to treat Wednesday night’s U.S. vs. Canada game for the women’s hockey Olympic gold medal like Christmas Eve instead of New Year’s Eve and wake up instead of stay up to find out the results.

Senior forward Anneke Linser honored the 10 p.m. curfew, which means she was asleep about the time of the opening faceoff. She didn’t see live the sick Jocelyne Lamoureux-­Davidson shootout goal or Maddie Rooney clinching the victory with a save. Roommate Lizzy Prato greeted her Thursday morning by announcing, “U.S.A. won gold!”

“Even when I see them at camps, that’s always what they are talking about, how they haven’t gotten gold yet,” Hughes said. “So I was super excited that Barnsie got to be part of that at such a young age.”

Centennial’s ample student section, decked out in red, white and blue attire, gave Xcel Energy Center a celebratory flavor — though by coincidence. Linser said the decision was made via a Twitter poll before the gold medal victory. The patriotic threads won out over Hawaiian garb.

“It was a good choice,” Linser said.

A later Thursday wake-up call and the chance to see a former player in the gold medal game convinced Hill-­Murray coach Bill Schafhauser to say awake. He cheered for Hannah Brandt, a former Pioneers player and Ms. Hockey winner.

“There was no way I could miss that,” he said. “I felt she should have been on that team four years ago. So to see her persevere and play a large role in the tournament was really good.”

Aus makes own trip to state

Sophomore Georgi Aus and her Brainerd Warriors teammates made their first trip to the state tournament this year. Even though they were shut out by top-seeded Edina, it was still an amazing experience to be at Xcel Energy Center, she said.

This time around, Aus’ father, David, was in the arena seats during a tournament game. The current coach of the Brainerd boys’ team, David Aus previously spent 14 years coaching the Blaine boys’ hockey team and led the Bengals to the state tournament six consecutive seasons from 2006-11.

“He just said play hard … and just enjoy being at the state tournament because it’s one of the greatest experiences you can have in hockey in Minnesota,” Aus said.

Red Wing’s Taylor Heise, a Gophers recruit, scored a state tournament-record six goals during a 7-0 consolation round victory over Marshall on Thursday at Ridder Arena. The senior tied the single-game scoring record in girls’ hockey state tournament history. Krissy Wendell, who went on to play for the Gophers and the U.S. Olympic team, set the record in 1999 while playing for Park Center.

Heise assisted on the other goal by Eliza DiNatale. She has 73 goals this season and 214 in her career.