Heise scored more than 200 goals in her high school career and led the Wingers back to the state tournament this season. 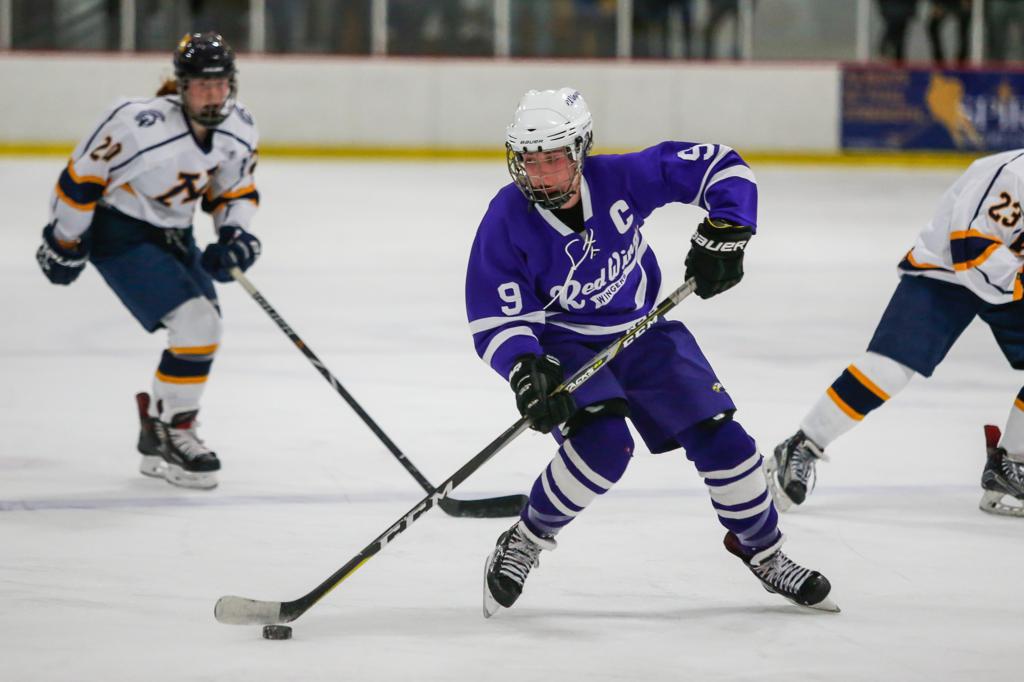 Receiving the Ms. Hockey Award on Sunday only broadened Heise’s influential reach. She considered many of the previous 22 winners as “personal role models” and added, “I’m hoping in the future that I’m someone’s role model.”

“Representing southern Minnesota – some people think it’s weird that I say that but we’re not close to here – I want those younger girls to have this as their aspiration,” Heise said after Sunday’s banquet at the St. Paul RiverCentre.

Despite growing up within a basketball family in Lake City – her father, Tony, wore a Lake City Basketball hooded shirt Sunday – Heise made hockey her aspiration from a young age. Hockey was not offered in high school in her hometown, so she drove 25 minutes north to Red Wing.

She became a top player nationally. In January, Heise won her third gold medal with the U.S Under-18 national team. She served as team captain and earned tournament most valuable players honors. She signed to play at Minnesota.

Winners are chosen based on voting by a panel of Division I and III women’s college coaches and high school coaches.

“The experience of being here with so many amazing athletes is super cool,” Heise said. “And to be surrounded by so many people who have supported me is just amazing.”