Edina and Blake are slated for an early-season meeting on Nov. 11, highlighting several marquee matchups around the state. 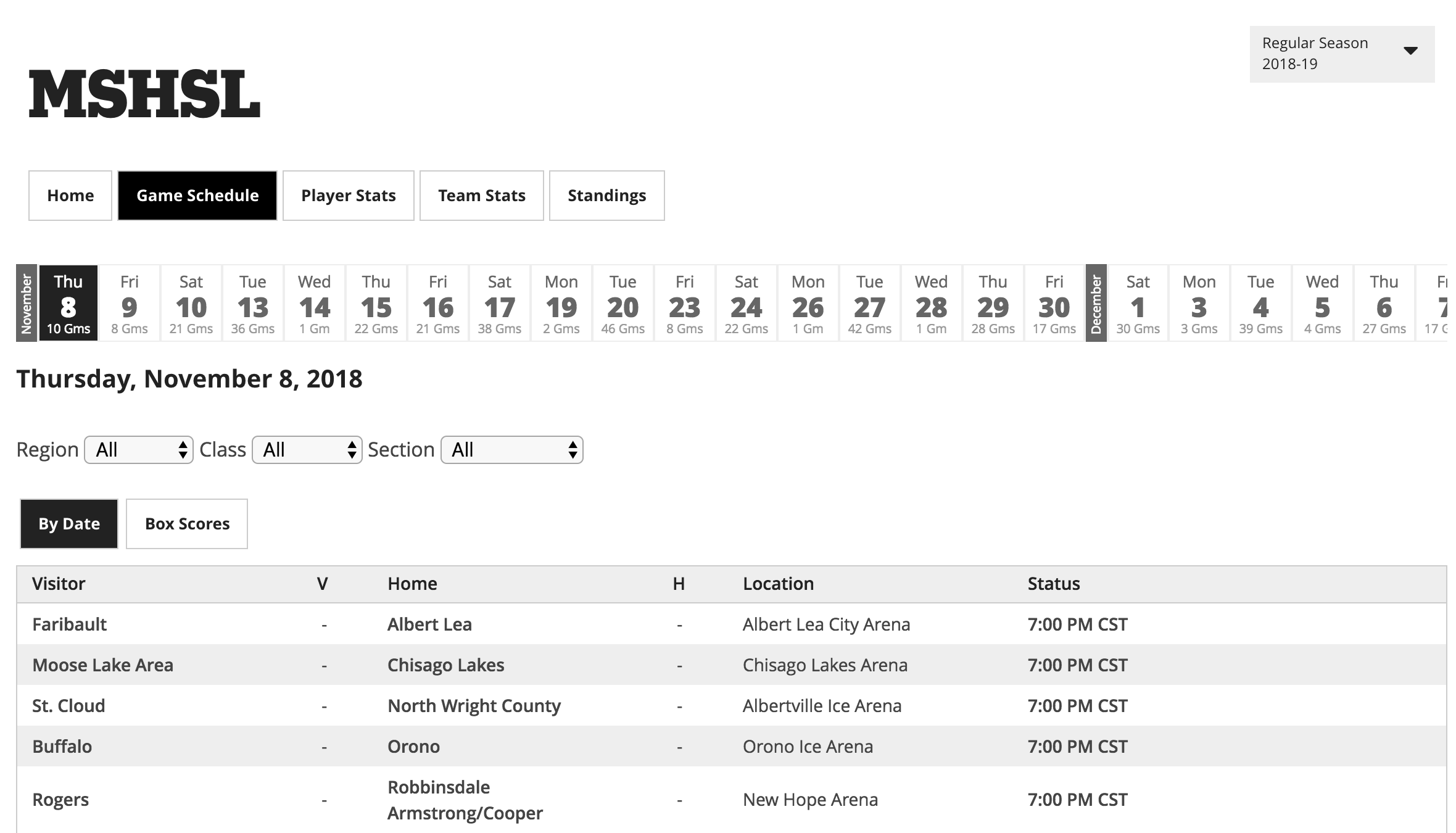 Click the image above to view the full schedule.

The girls’ high school hockey season is under a month away and many teams have tough early season matchups scheduled.

Separated by less than 10 miles, Mahtomedi and Stillwater will collide on opening day, Thursday, Nov. 8, at the St. Croix Valley Recreation Center. The Ponies won last year's tilt 3-2. Class 1A contenders St. Paul United and Alexandria are set to face off two days later after both teams finished last season ranked in the top five of the final coaches’ poll.

The following week, Edina and Blake meet on Tuesday, Nov. 13 in what will be the second game of the season for both teams. Last year, the Hornets and Bears were ranked No. 1 and No. 3, respectively, in the final Class 2A poll and met in the Section 6 title game. Edina scored a pair of third-period goals to take a 4-2 victory and ultimately win the state title. Blake will be eager to avenge the loss and assert itself as the top team in the state against the two-time defending champion Hornets.

A clash that has all the makings of a state title game is followed by a Class 1A match between Breck and Warroad on Nov. 30. After the Warriors netted a tying goal with 27 seconds left in regulation of the small-school state championship, the Mustangs answered eight seconds into overtime to clinch their first state title.

In the Northwest Suburban Conference, Andover and Maple Grove looked poised to become league frontrunners as both teams return a majority of their scoring from a season ago. Their first conference meeting on Dec. 4 will be one to watch.

Ten days later, Brainerd/Little Falls and Roseau meet in a rematch of the Class 2A, Section 8 title game where the Warriors scored in the third session of overtime to advance to the program’s first state tournament. A year prior, Roseau advanced to state by finding the net after playing four overtimes.

Conference races take form after the new year with a month remaining in the regular season, and perhaps no league chase was quite as contested as the Metro West Conference last winter. Benilde-St. Margaret’s scored a pair of first-period goals against Chaska/Chanhassen before the StormHawks rallied late in the game, forcing overtime with a goal in the final minute of regulation. The game ended in a tie as both teams earned co-conference championships and will be eager to improve upon them in their rematches on Jan. 8 and Jan. 26.

Click here to view the full schedule, or select "Search" in the top right corner of the page and then type the name of your favorite squad into “Team Finder.”

If your team’s schedule isn’t posted or needs updating, send the necessary information to scores@sportsengine.com.