Eagan cruises to 11th-straight win, this one against Lakeville North

The Wildcats' season-opening 7-2 loss at Wayzata is now a distant memory, and it showed on Thursday. 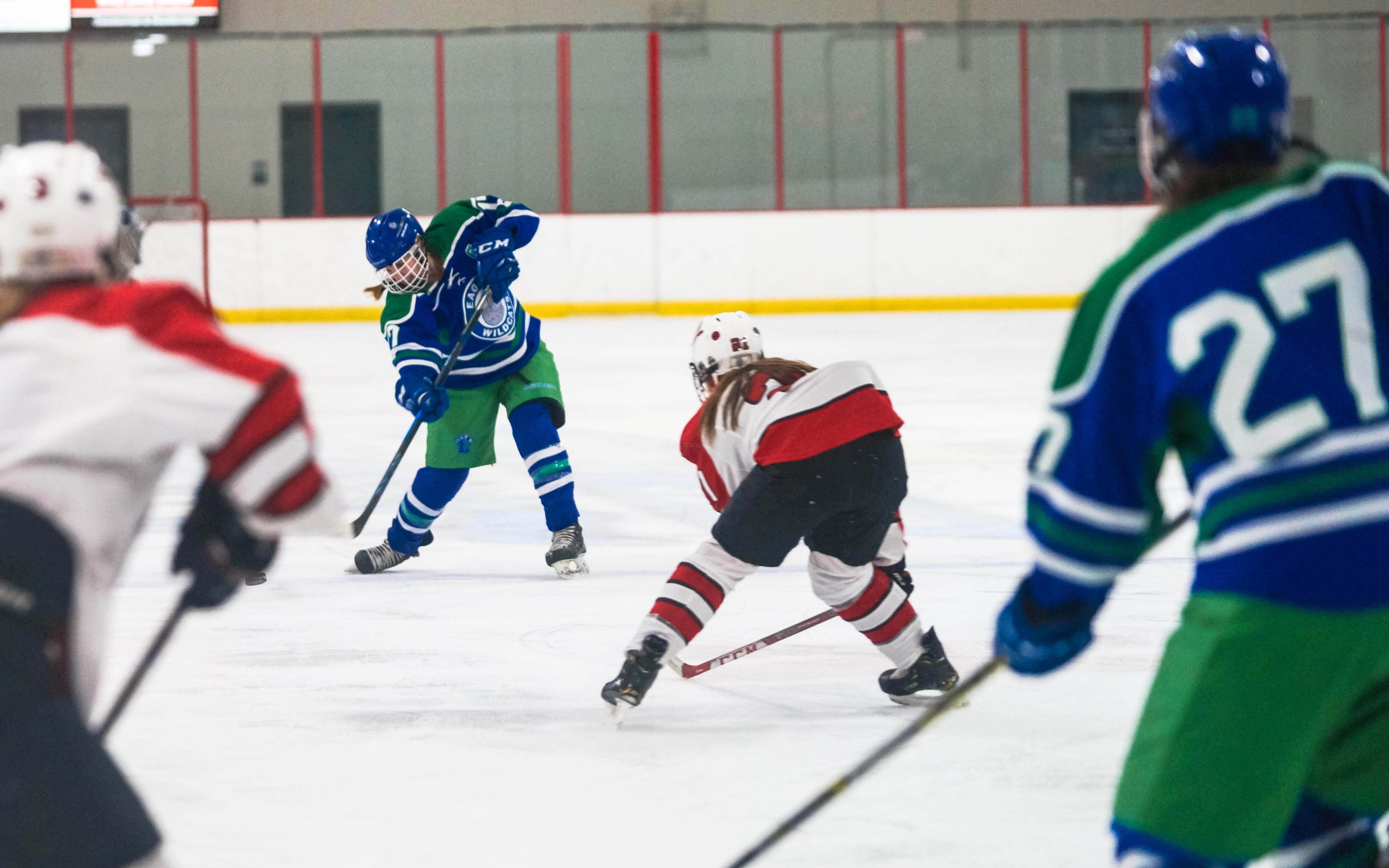 Brooke Peplinksi (17) used Eagan teammate Maddie Pladson (27) as a screen for a third-period power-play goal. Pladson had her own power-play goal in the second period that broke a 1-1 tie with Lakeville North. Photo by Korey McDermott, SportsEngine 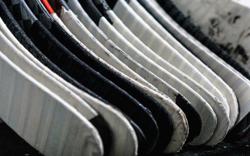 Eagan's season started with a crushing 7-2 crushing to Class 2A power Wayzata on road ice Nov. 10.

Now, more than a month later, the game has become a distant memory. The Wildcats (11-1-0, 9-0-0) have not lost a game since that season-opening contest, adding an 11th consecutive victory with a 3-1 win on Thursday over South Suburban Conference foe Lakeville North (7-6-0, 6-3-0).

The loss stands as a reminder of how they have improved.

"The Wayzata game we had a lot of new players who were all coming in," said senior Brooke Peplinski, who scored Eagan's third goal in Thursday's win. "And after that game, we knew what we had to work on. We worked really hard in practice since then."

Wayzata is one of the top teams in Class 2A this season, but the Wildcats have reasons to suspect the lopsided loss will be out of the ordinary.

Coach Dan Wilson said Eagan lost key players, especially at defense, from last year's team that placed third at the Class 2A state tournament. Getting new players up to varsity speed has been a learning process.

"It was actually good for us in hindsight," Wilson said about the season-opening loss. "We had some inexperienced players who were playing their first varsity games. They realized quickly that the pace is a lot quicker."

Many of the team's younger players have also stepped up for the Wildcats this season. Sophomore Emily Cronkhite scored for Eagan in Thursday's victory, and junior Maddie Pladson also added a goal.

Brooke Power scored Lakeville North's only goal of the game, while goaltender Kallie Schneider made 22 saves.

The Wildcats' inexperienced blueliners have rebounded nicely during their 11-game winning streak. This year's squad returns only two defenders with varsity experience from last year: Peplinski and Eva Erickson.

Wilson was quick to praise their performance in the 3-1 victory.

"They've certainly adjusted to the speed, and they'll continue to try to adjust and get quicker out there," he said.

Thursday's win also helped the Wildcats take early command of the South Suburban Conference. While they remained perfect against conference opponents, every other team has at least three losses.

Looking beyond conference play, Eagan hopes to add a second consecutive Class 2A, Section 3 title. Last year, they finished the season with a 3-0 victory over Eden Prairie in the Class 2A third-place game at the Xcel Energy Center.

Now they have set their sights on a return trip.

"We've been working really hard," Peplinski said. "It's one of our goals this season to make it back to state."

After falling behind early on a Panthers' power-play goal from Brooke Power (7-5-12), the Wildcats responded with three unanswered goals in a 3-1 South Suburban Conference victory.

Maddie Pladson broke the tie with her first goal of the season, a power-play goal in the second period, and Brooke Peplinski added on by netting a goal in the third.

Not only did the win help Eagan (11-1-0, 9-0-0) extend its monthlong winning streak, but it also helped widen its lead for first place in the South Suburban Conference. Lakeville North entered Thursday as the second-place team behind Eagan, and now every team besides the Wildcats has at least three losses in conference play. 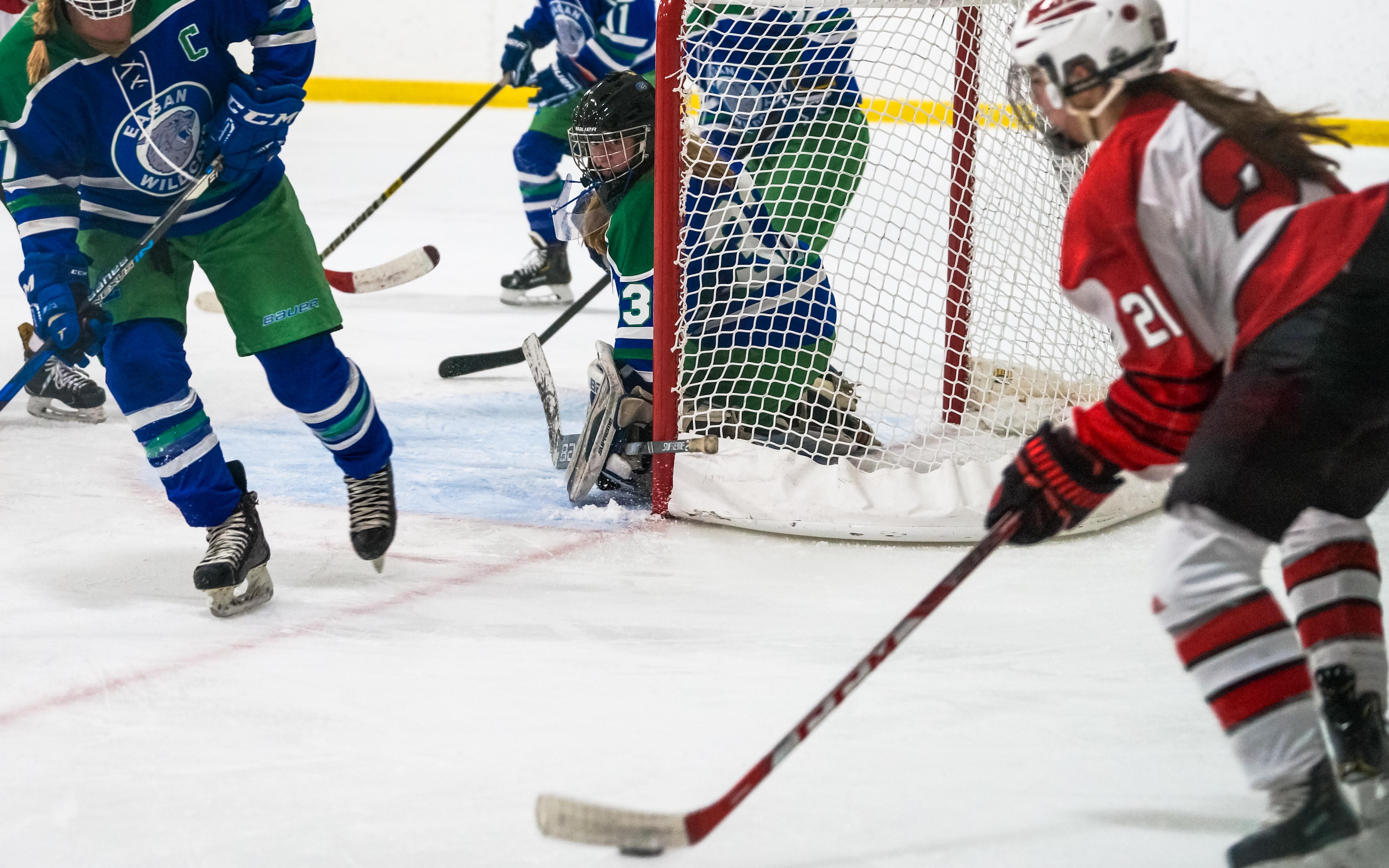