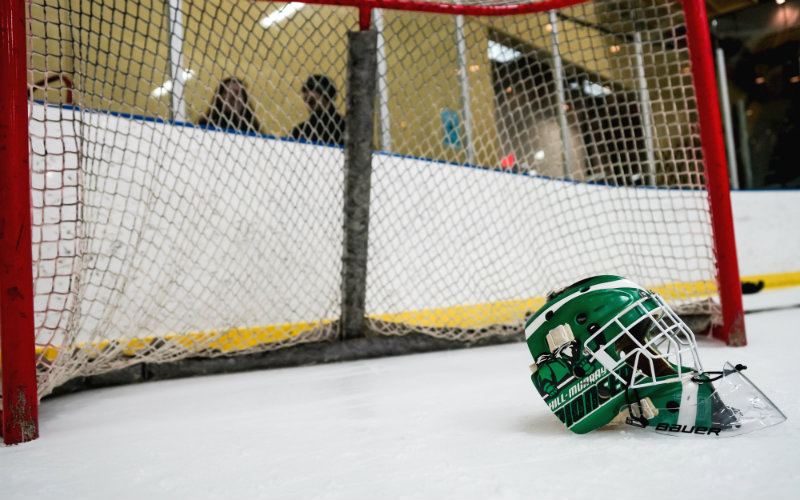 Jocelyn Veary, Park of Cottage Grove. The junior goaltender had her busiest game of the season, as she made 46 saves — more than double the shots faced by Stillwater's goaltender — in a Dec. 18 scoreless tie.

Ally Ecker, Prairie Centre. The senior forward produced a season-high five points — all assists — in the Blue Devils' 8-0 win over Park Rapids on Dec. 21. The five assists ties her for fifth in the Minnesota State High School League record books for the number of assists in a single game (last set by Austin's Taylor Jenkins in 2007).

Victoria Johnson, Rochester Century. The senior forward scored the Panthers' first goal late in the first period of a 4-3 win over Onalaska on Dec. 20, then led her team on the power play by scoring twice and assisting once with the advantage.

Kelsey King, Elk River/Zimmerman. King, who leads the state with 24 goals this season, had a record book-worthy performance, as she scored four goals and added three assists in the Elks' 8-0 win over Princeton on Dec. 21. The senior foward's seven points tied her for seventh place in Minnesota State High School League history for points in a single game (most recently done by Centennial's Anneke Linser, last season).

Maddie Mashuga, Anoka. The junior forward tallied a season-high four points in the Tornadoes' 5-4 win over Elk River/Zimmerman on Dec. 22. Mashuga, a Minnesota State commit, contributed two assists, including one on the power play, and a goal before scoring the eventual game-winner midway through the third period.

Emily Olson, Delano/Rockford. Olson led the Tigers' offense in an 8-1 win over Waconia on Dec. 18. The senior forward scored five goals — including one on the power play — and added an assist in the win.

Sadie Peart, Grand Rapids/Greenway. The senior forward has tallied at least two points in every game but one this year, with the Lightning's 8-0 win over Duluth being no exception. Paert scored three times and added three assists in the Dec. 18 win. She now sits in third place across the state for most points this season (38).

Devynn Priest, Rochester Mayo. Priest is one of three girls across the state to have a six-point performance last week. The sophomore forward recorded a natural hat trick, then added a fourth goal and two assists in the Spartans' 6-3 win over Austin on Dec. 18.

Andrea Schreiber, Mankato East. The senior goaltender recorded her fourth shutout and 10th win (fifth most in the state) of the season, as she made 37 saves — including 18 in the third period — in a 2-0 win over Hutchinson on Dec. 20.

Addi Scribner, East Ridge. The senior defender tallied two assists during the Raptors' power play and added a goal and two more assists at even strength in a 6-1 win over Roseville on Dec. 19.

Jocelyn Veary, Park of Cottage Grove. The junior goaltender had her busiest game of the season, as she made 46 saves — more than double the shots faced by Stillwater's goaltender — in a Dec. 18 scoreless tie.