With their victory over the Raptors, the Rangers remain undefeated in Suburban East Conference play. 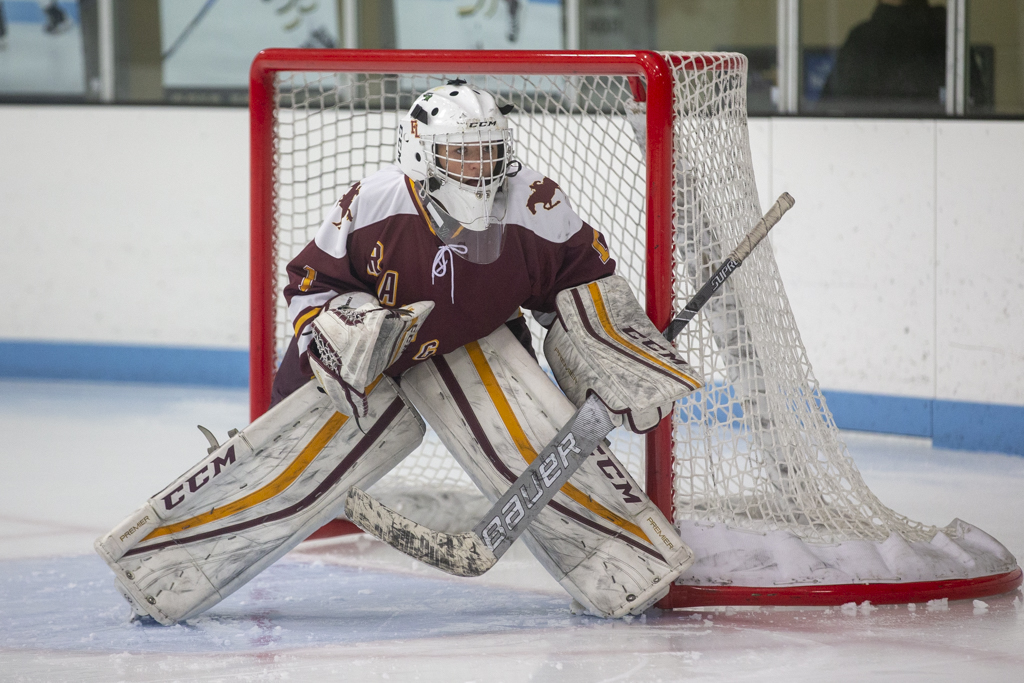 Forest Lake's Allyn Goehner watches the play in the corner against East Ridge. Goehner had 18 saves in the Rangers' 3-1 victory over the Raptors. Photo by Jeff Lawler, SportsEngine 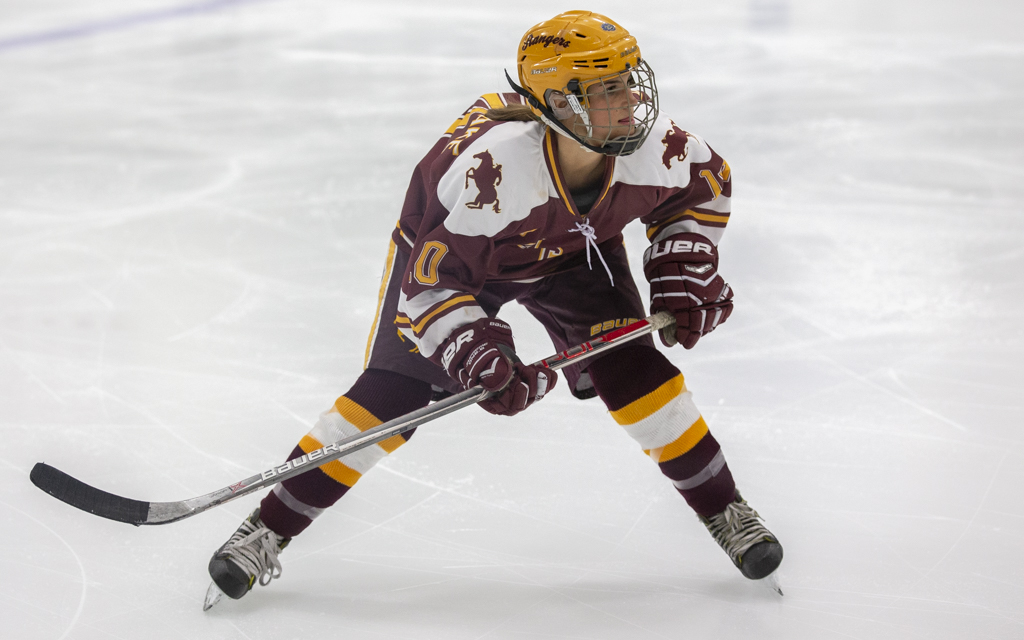 Forest Lake knew it had some motivation heading into this season after falling one win short of the state tournament last February.

Many of the team's returning players figured they were equipped with the talent required to compete in Class 2A, Section 7 once again.

But only losing once? Few probably expected that kind of run midway through January.

Tuesday's 3-1 win against East Ridge helped the Rangers (20-1-0, 13-0-0) extend their winning streak to 10 games and further their lead in the Suburban East Conference over the second-place Raptors.

As the regular season winds down, the Rangers, ranked No. 4 in the Class 2A coaches’ poll, seem as confident as ever. 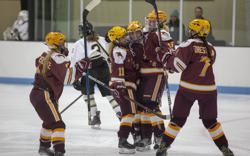 Samantha Boerboom scored the game-winning goal on a deflection, and Ashley Mills added an empty-net tally to seal the outcome.

Forest Lake coach Todd Gutterman has not been too surprised by the volume of wins his team has produced. After all, they did win 21 games last season.

"We're very fortunate to have a great group of kids," Gutterman said. "I knew we would have a good year. Those kids in there, they are great players. It's paying off."

Among Forest Lake's 20 wins so far this season includes a 1-0 home victory over no. 5-2A Andover on Dec. 13. Andover had defeated Forest Lake 3-0 in the section final last year.

The Rangers hope to get another shot at the Huskies next month.

"Our girls have some motivation coming into this year to hopefully get to that point and beyond," Gutterman said. "So we'll see."

It has been almost a month since the Rangers' lone loss this season, a 7-0 decision to No. 2-2A Edina on Dec. 18. Though the final score was so lopsided, the Rangers felt the outcome did not fully reflect their play.

"There are always lessons to learn," Gutterman said. "That's a dangerous, dangerous team. And we turned the puck over too many times and it ended up in the back of our net."

With Forest Lake's dominant run in conference play, the Raptors knew they would need to be at their best in order to compete.

"We knew coming in they were going to be a good team," said East Ridge coach Kim McClintick. "I think it helps us elevate our play. It was a tough battle."

McClintick is in her first season at the helm for East Ridge after previously coaching Woodbury youth hockey at the 12A level. Her previous experience means she came into the job already familiar with many of her team’s players before they hit the ice at the start of the season. 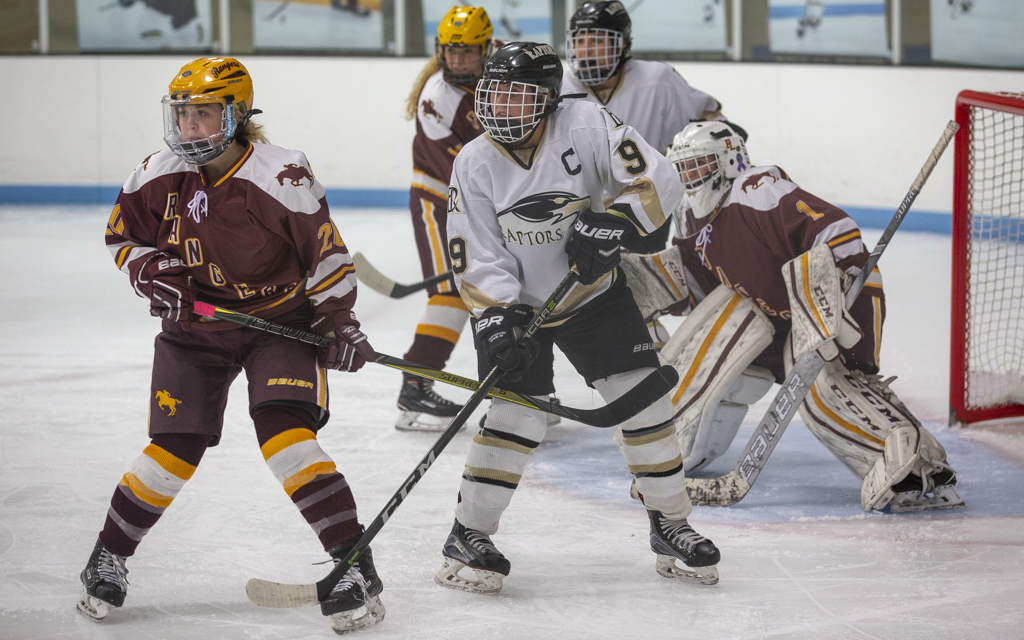 East Ridge senior Anne Larsen battles for position in front of the Forest Lake net. Despite a goal from Larsen, the Raptors fell to the Rangers 3-1 in Woodbury. Photo by Jeff Lawler, SportsEngine

The Rangers, ranked No. 4 in the Class 2A coaches' poll, broke a 1-1 tie with East Ridge in the third period after Samantha Boerboom deflected teammate Elizabeth Valley's shot into the back of the Raptors' goal four minutes into the third period. Forest Lake hung on from there, adding an empty-net goal by Ashley Mills in a 3-1 victory.

Neither team scored in the first period, but Forest Lake's Carly Neihart and East Ridge's Anne Larsen each scored within two minutes of each other in the second.

Goaltender Allyn Goehner made 18 saves to earn the win for the Rangers.