Tristana Tatur posted a hat trick and Emma Larson scored a pair of goals for the Crimson. 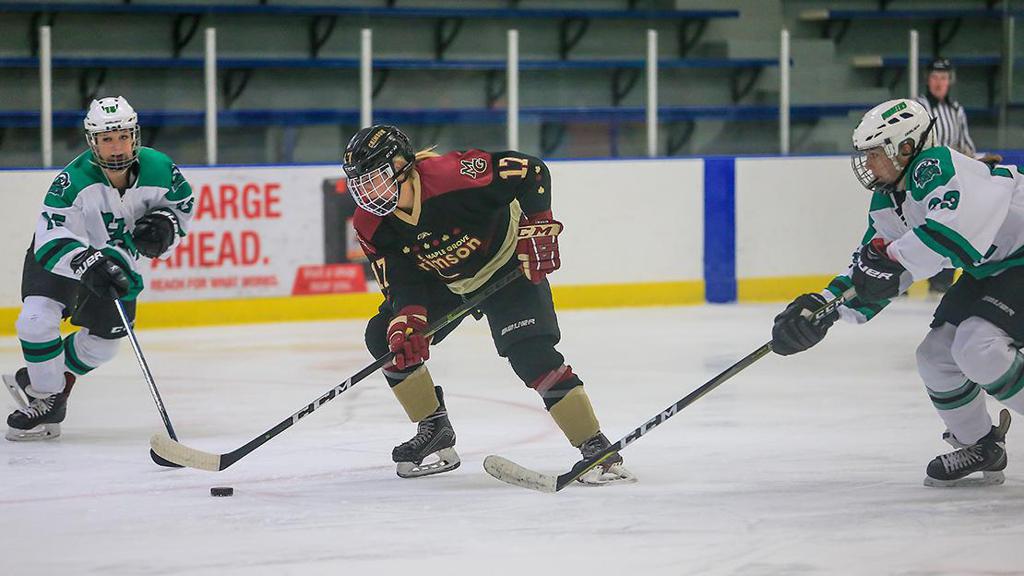 Maple Grove's Tristana Tatur (17) skated past Hill-Murray defender Amelia Jutz for the first of her three goals in the Crimson's 5-2 victory. Photo by Mark Hvidsten, SportsEngine

For the past week or so, Maple Grove coach Amber Hegland has had her team practice attacking the net and taking advantage of rebound opportunities. 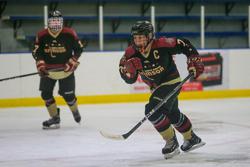 So she had a wide smile on her face Thursday as the Crimson buried several rebounds in a 5-2 victory over Hill-Murray at Aldrich Arena.

"To see the girls come to the bench and say, 'We've been working on that,' was really rewarding," Hegland said. "To see the players get rewarded for their work ethic, and their attention to detail, was fantastic."

Tristana Tatur posted a hat trick and Emma Larson scored a pair of goals as the Crimson, ranked No. 10 in the Class 2A state coaches' poll, improved to 14-6-1 on the season.

While it was Tatur's first three-goal performance this season, the goals were not a surprise since the sophomore forward leads the team with 15.

"She loves hockey, and when she's not at practice she is at home doing things to help her get better," Hegland said of Tatur. "It was incredible to see her get rewarded for the work she's putting into this."

And Tatur was quick to point out that her third goal, which came at 2:10 of the third period and gave Maple Grove a 4-1 lead, came off a rebound.

"Everyone was working hard on crashing the net in practice, so it was great to see it pay off," Tatur said.

But the two-goal effort by the senior defenseman Larson was a bit of a surprise, since she had just one goal entering the contest.

"I'm not sure [where that came from]," Larson admitted. "I think I played a little more offensive-minded today.

"On that second goal, Chloe Corbin set me up perfectly. I just looked for an angle, and I got lucky when the puck went off the pipe and in."

Larson's first goal came with just 7.1 seconds left in the first period and gave the Crimson a 2-1 lead. And that power-play marker came — you guessed it — off a rebound during a goal-mouth scramble.

"Coach always talks about not giving up; we keep fighting until we get the puck in the back of the net," Larson said.

"Emma is a key cog in our defense, and someone we ask a lot from," Hegland said. "But what you saw tonight was a leader who does all the little things — and does them well. Whatever she can do to make the team successful, that's what she's going to do."

The result was a convincing win for the Crimson, who snapped a 10-game win streak and a 13-game unbeaten streak for Hill-Murray.

"We were looking forward to this game," Tatur said. "We wanted to get after them and play hard against them, because we know they're a good team."

Larson agreed, adding, "As we get closer to section, we're starting to get our system together. Playing more as a team will help us in the playoffs."

Haylee Blinkhorn and Katie Kaufman scored the goals for the Pioneers (16-5-1).

Lucy Morgan finished with 27 saves for Maple Grove, while Rachel Kennedy stopped 22 shots in net for No. 9-2A Hill-Murray.

"Lucy in the net gives us an opportunity to win every game we play," Hegland said. "She competes and makes big saves whenever the system breaks down." 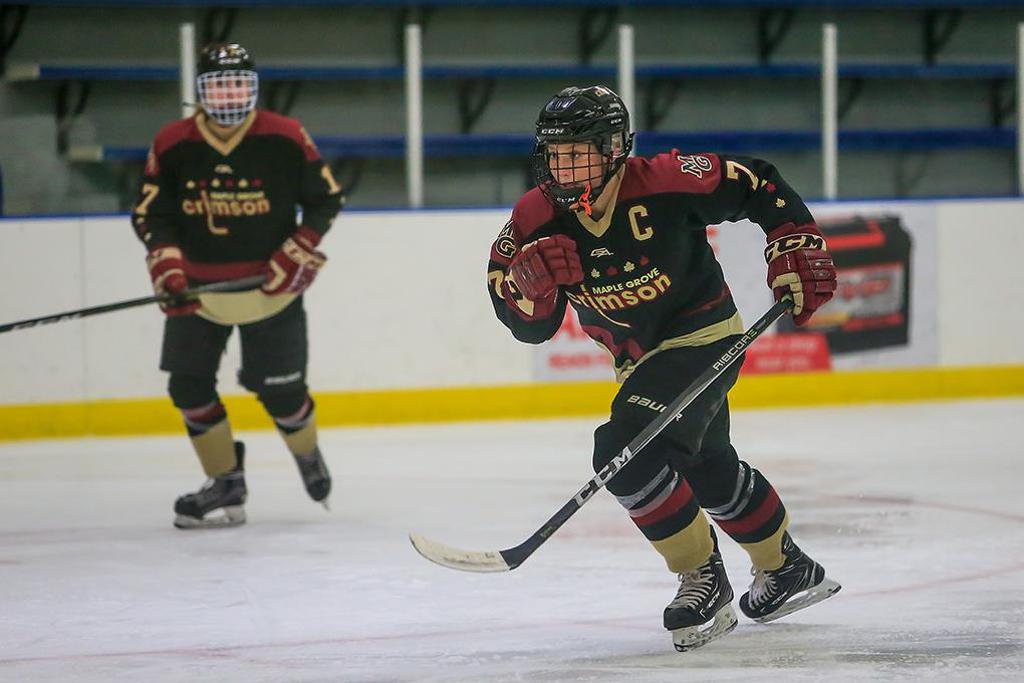 Tristana Tatur posted a hat trick and Emma Larson scored a pair of goals and an assist for the Crimson, ranked No. 10 in the Class 2A state coaches' poll.

Haylee Blinkhorn and Katie Kaufman scored the goals for the No. 9-2A Pioneers, who saw a 10-game winning streak come to an end. 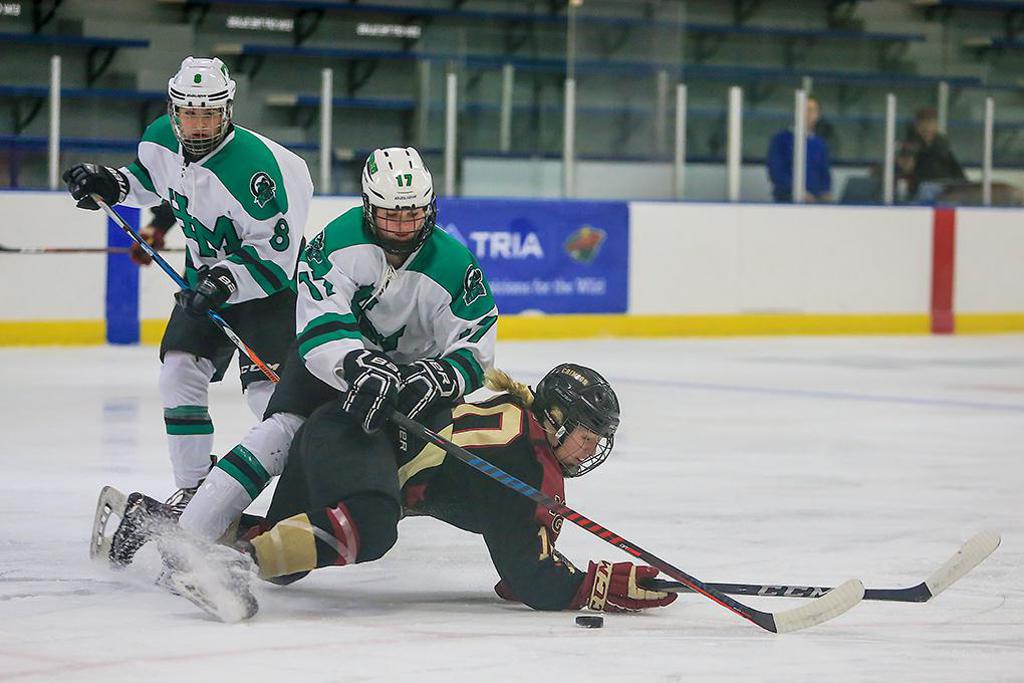