Semifinalists announced for 2019 Senior Goalie of the Year 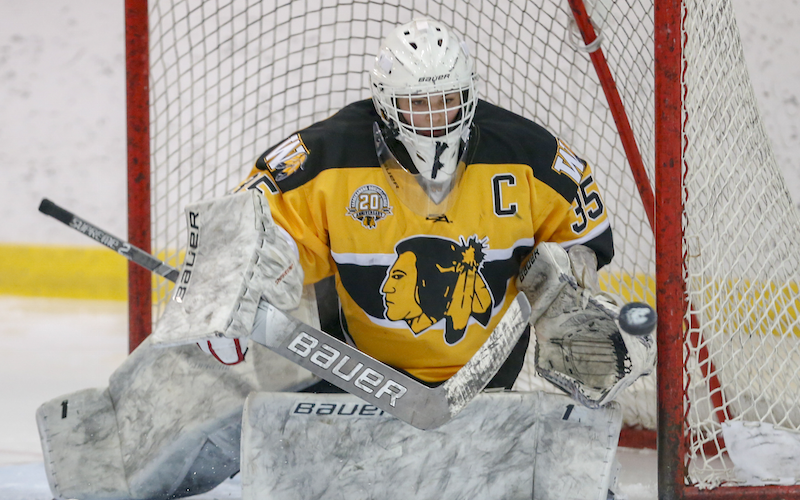 Quinn Kuntz, Warroad's senior goalie, has posted a .962 save percentage, 0.61 goals-allowed and 13 shutouts through Jan. 31. Kuntz is one of 10 semifinalists named for senior goalie of the year. Photo by Jeff Lawler, SportsEngine

Ten of the state's top goaltenders were named Thursday as semifinalists for Let's Play Hockey's Senior Goalie of the Year award.

Finalists will be named on Feb. 7, and the winner will be announced during the Ms. Hockey Awards Banquet on Feb. 24.

Kuntz, an Ohio State commit, has posted 13 shutouts in 23 wins for undefeated and Class 1A's top-ranked Warroad. She tops the state's list in every major category — wins (23), goals-against average (0.61) and save percentage (.962) — with only two games left on the schedule.

The Northwest Suburban Conference boasts the most semifinalists with three players — Jung, Morgan and Shuck — represented. Frank and Lehto, who are expected to face each other on Feb. 2, bring the Suburban East Conference into the conversation.

Four of the seniors will stay in Minnesota after graduation — Frank is headed to Minnesota State Mankato, McClain is going to Augsburg, Pahl is committed to Minnesota and Shuck will be playing at Bethel.

2019 Senior Goalie of the Year semifinalists