The semifinalists list has been whittled down to five. See who made it. 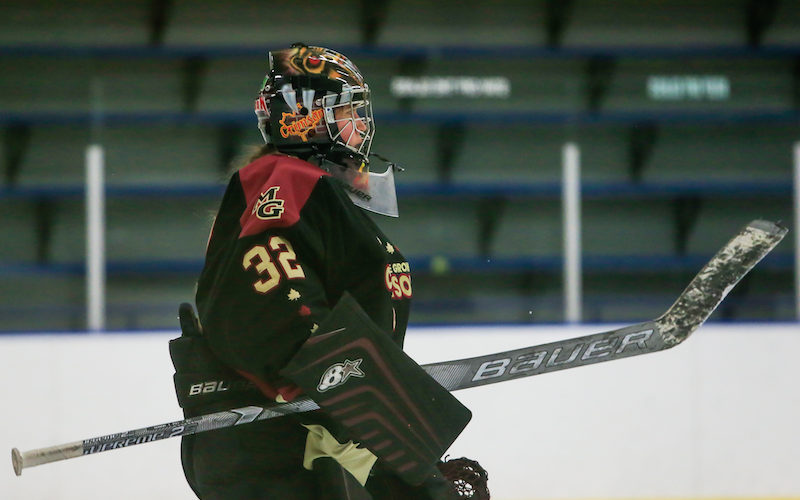 Maple Grove goalie Lucy Morgan is one of five finalists in the running for 2019 Senior Goalie of the Year. Morgan went 17-7-1 this season with six shutouts. Photo by Mark Hvidsten, SportsEngine

Five of the state's best goaltenders were named finalists for Let's Play Hockey's 2019 Senior Goalie of the Year Award on Thursday.

The list, which was whittled down from the 10 semifinalists named Jan. 31, showcases Minnesota's top-tier netminders through the 2018-19 season — players who excel in academics, coachability, citizenship, extracurricular and community activities.

The five goalies combined for a 1.57 goals-against average, a .947 save percentage and a 3.83 grade-point average.

Let's Play Hockey will reveal the winner on Sunday, Feb. 24, at the 2019 Ms. Hockey Awards Banquet, the day after the girls' state hockey tournament ends.

Read what the finalists' coaches had to say about the goalies here.

2019 Senior Goalie of the Year finalists