Gabby Krause tied the game 3-3 with a goal with 13.7 seconds left in regulation before Madison Kaiser scored the winner just 23 seconds into overtime. 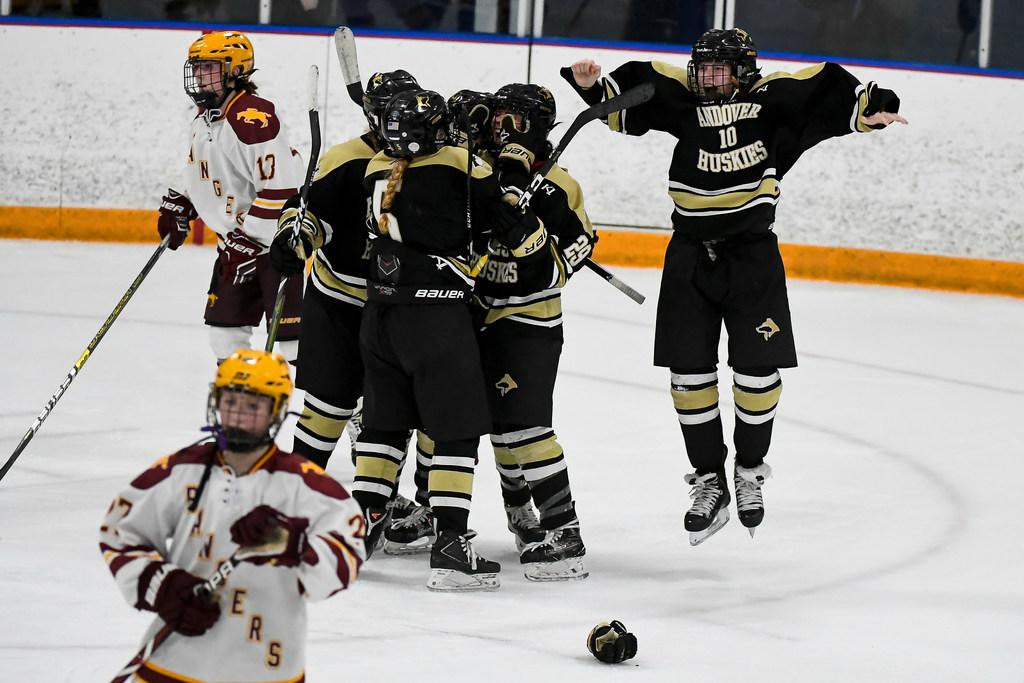 Andover freshman defender Madison Kaiser received the nickname “Mad dog” from her varsity girls’ hockey teammates this season, owing a little to her first name and a lot to her personality and playing style.

Kaiser played Double-A Peewees with the boys last season and brought a toughness and exuberance to the girls’ team that proved contagious.

“She’s the good kind of crazy where she gets us hyped up for the games,” junior forward Jamie Nelson said. “She gets us going.”

Never like she did in the Class 2A, Section 7 title game Thursday at Fogerty Arena in Blaine. Kaiser triggered a celebratory black-and-gold avalanche with her goal just 23 seconds into overtime in a 4-3 comeback victory against Forest Lake.

“I didn’t even know it went in until I was on the ground and everyone was on top of me,” said Kaiser, who scored her sixth goal of the season.

With the victory, No. 4 Andover (23-4) returns to the state tournament for the second consecutive season.

Kaiser, who verbally committed to the University of Minnesota, started the season at forward. That was her position when Forest Lake defeated Andover 1-0 on Dec. 13.

No. 3 Forest Lake (25-3) seemed poised to sweep the season series. Junior forward Brieja Parent, who scored the lone goal in the teams’ regular-season meeting, scored twice in the third period to give the Rangers a 3-2 lead.

Andover called timeout with 1:59 to play and soon after pulled goalie Cassidy Stumo for an extra attacker.

Then with 13.7 seconds to play, sophomore forward Gabby Krause scored her 25th goal of the season and tied the game.

“Our girls played their hearts out,” Forest Lake coach Todd Gutterman said. “We were 13 seconds from state and the puck hits a shin pad and lands on their stick in the slot.”

A 4-3 overtime victory in Thursday’s Class 2A, Section 7 championship game sends Andover back to the state tournament for the second consecutive year.

Gabby Krause got No. 4 Andover (23-4) to overtime on a clutch goal with 13.7 seconds left in regulation. The goal, scored with the Huskies’ net empty for an extra attacker, sent the Andover fans who packed their side of Fogerty Arena in Blaine into frenzy.