Kate Hoelscher was in the right place at the right time -- twice -- in the Skippers' 3-1 victory in the Class 2A, Section 2 championship. 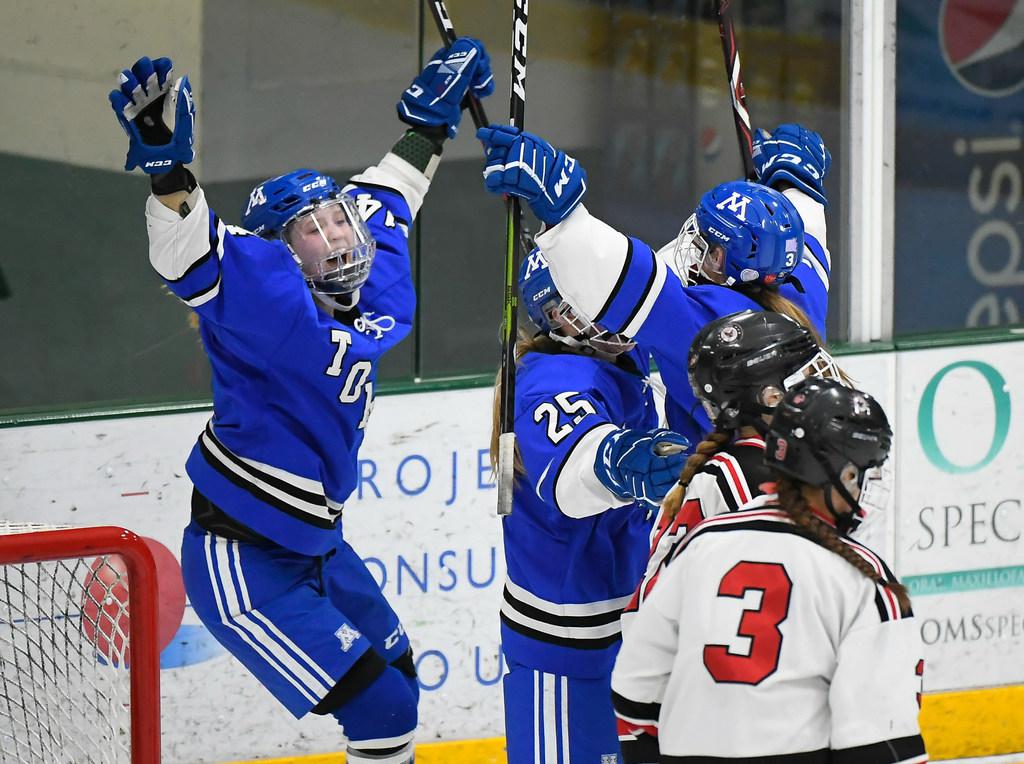 Minnetonka’s Kate Hoelscher prides herself on being in the right place at the right time.

The right place is right on the edge of the crease. The right time is whenever one of her teammates sends a shot toward the goal.

“Normally I’m the person in front, trying to get a tip or a rebound or screen the goalie,” the senior said. “That’s my strongest hockey skill.”

Hoelscher’s signature skill came in handy in Friday’s Class 2A, Section 2 championship game with Eden Prairie. She turned two rebounds into goals that vaulted the Skippers into the lead and ultimately lifted them to a 3-1 victory at Braemar Arena in Edina.

Minnetonka coach Eric Johnson said Hoelscher’s first goal was the most important one. It came only 21 seconds into the second period with Eden Prairie leading 1-0.

“That one was the turning point. It really got the bench fired up and got us going,” he said. “Our senior line really got going after that and that ended up being the difference. … It’s not over until it’s over, especially in sections.”

The score stayed tied until 7 minutes, 40 seconds into the third period, when Hoelscher once again found herself right where she needed to be, in front of the far post. The puck deflected off Eagles goalie Molly Goergen and settled in front of the open net.

Hoelscher emphatically slapped it into the net to put the Skippers up 2-1.

Playing with the lead, the Minnetonka defense locked down over the final nine-plus minutes and kept Eden Prairie at bay. Lacey Martin’s empty-netter with 4.6 seconds left sealed the Skippers’ first trip to state since 2015.

“That’s all we wanted to think about, but we reminded ourselves to calm down, play smart defense and play simple hockey,” Johnson said. “The girls blocked some big shots and [goalie Brynn] DuLac was an anchor for us.”

DuLac finished with 19 saves, with the lone goal for the Eagles (17-8-2) coming on a Claire Kuipers shot from just inside the blue line midway through the first period. DuLac shut out Eden Prairie in January and then lost 2-0 to the Eagles during Minnetonka’s late-season four-game losing streak. The Skippers went 3-0 in section play after closing the regular season with a record of 11-13-1.

“Something has clicked for our team. We’ve gotten in the zone and gotten focused on hockey all the time,” Hoelscher said. “We got a lot more momentum going in this game and we wanted it more. I think we showed we’re the better team.”