David Marvin's son, Max, died by suicide in December. The girls' hockey team is in St. Paul vying for a title but there is a void. "I try to hold it together pretty well with the girls, but they know,” David Marvin said. 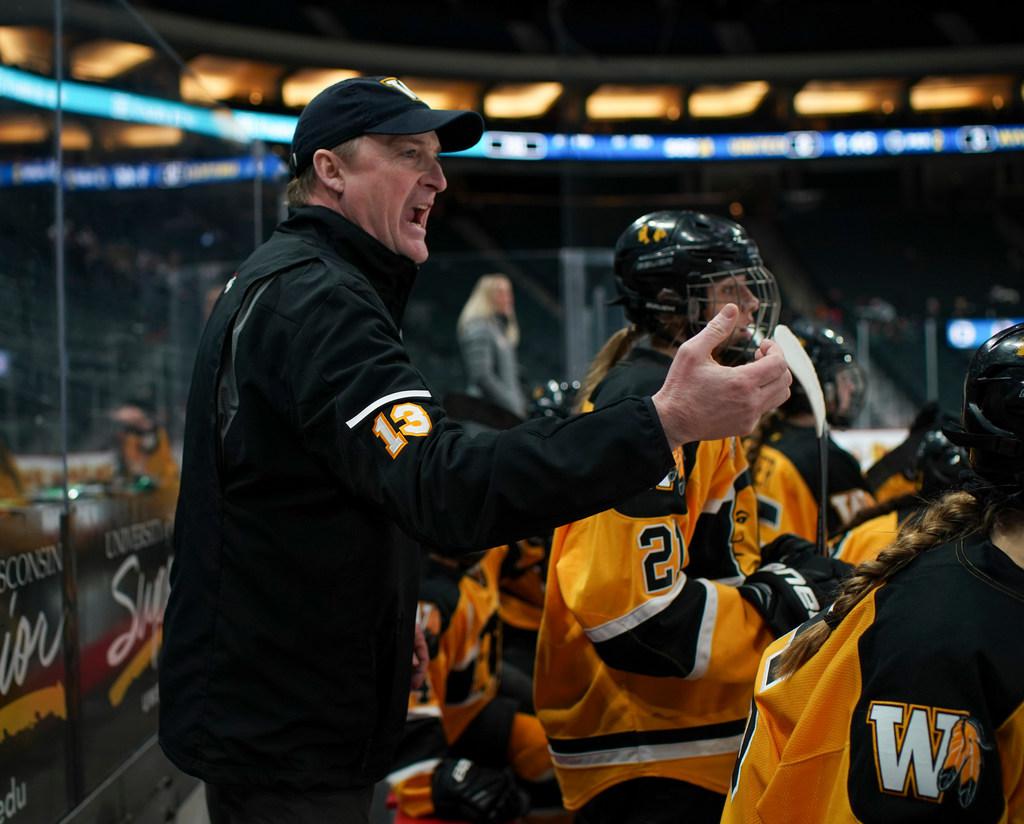 Throughout his 13 seasons coaching Warroad, Marvin said, he has shared this with players: “I’m going to be hard on you but I love you guys, you know that.” “And they’ll say, ‘We love you, too, coach.’ ” Photo: Jeff Wheeler, Star Tribune

A full house gathered Wednesday at Izzy’s Lounge and Grill in Warroad to watch the undefeated Warriors girls’ hockey team play in the Class 1A state tournament quarterfinals.

About 380 miles south, coach David Marvin stood behind the bench for the national anthem, a moment of pregame reflection when his son can momentarily consume his thoughts.

Max Calvin Marvin, 19, died by suicide in his home on Dec. 29. David Marvin marks the loss daily, in the waves of emotions he works to keep from his talented team.

“I try to hold it together pretty well with the girls, but they know,” Marvin said. “We’re in it together. Some of them have my son’s graduation photo on their phone case. To them, he was Marv. They loved him.” 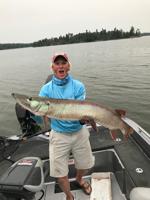 Marvin said he and daughter Layla, an assistant coach, “have made sure that when we go to the rink, we do as well as we can for them. We’ve got a mature group and we wanted to do our best not to let this interfere with what they’ve done.”

Marvin hasn’t missed a practice. But he misses his only son, an avid outdoorsman who hunted and worked as a fishing guide. A sociable young man who “had 7- and 8-year-old buddies and 80-year-old buddies he’d go have coffee and carrot cake with,” Marvin said.

Max Marvin, a 2018 Warroad graduate, played hockey — because that’s what Marvins play. His middle name, Calvin, was in honor of the family patriarch, who in 1949 got the first indoor rink built in the northwestern Minnesota town now home to about 1,900 people.

Max Marvin suffered a severe injury to his right shoulder while playing for a select team last spring.

“It was so bad they had to put him under to put it back in,” his father said.

Surgery came next, followed by rehabilitation.

“Through mid-July he fished with his left hand,” David said.

Cleared to play, Max resumed his hockey career in August with the Steinbach Pistons of Manitoba Junior Hockey League. But two weeks into the season, he hurt his right shoulder and again required surgery. He faced a 10-month recovery and headed home unsure of his hockey future.

But he adjusted, David said, learning to shoot lefthanded when muzzle-loading season came. Two days before his death, Max was ice fishing with friend Jamie Byfuglien, David said, “talking about going to Las Vegas to watch Jamie’s cousin Dustin play there in March.”

David and his wife, Kallie, own and operate Izzy’s Lounge and Grill connected to the Patch Motel. All three of their children lived at home and helped out.

“That morning, we all talked to him,” David said. “We thought it was weird he didn’t come into work so Lisa went home to check on him.”

She found her brother in his bedroom “with the deer rifle I gave him,” David said. “He’d been a hunter all his life. We had no reason not to trust him. There were no signs. Max was someone you’d put in the least-likely category to take his life.”

Throughout his 13 seasons coaching the Warroad girls’ team, Marvin said, he has shared this with players: “I’m going to be hard on you but I love you guys, you know that.”

As his team takes the ice Friday to play in the semifinals against Proctor/Hermantown, the coach on the bench has another message as well that extends far off the ice.