The Huskies scored twice in the third period to tie the game 2-2 before the Warriors' Cheyenne Abear scored the game-winner just seconds into the extra session. 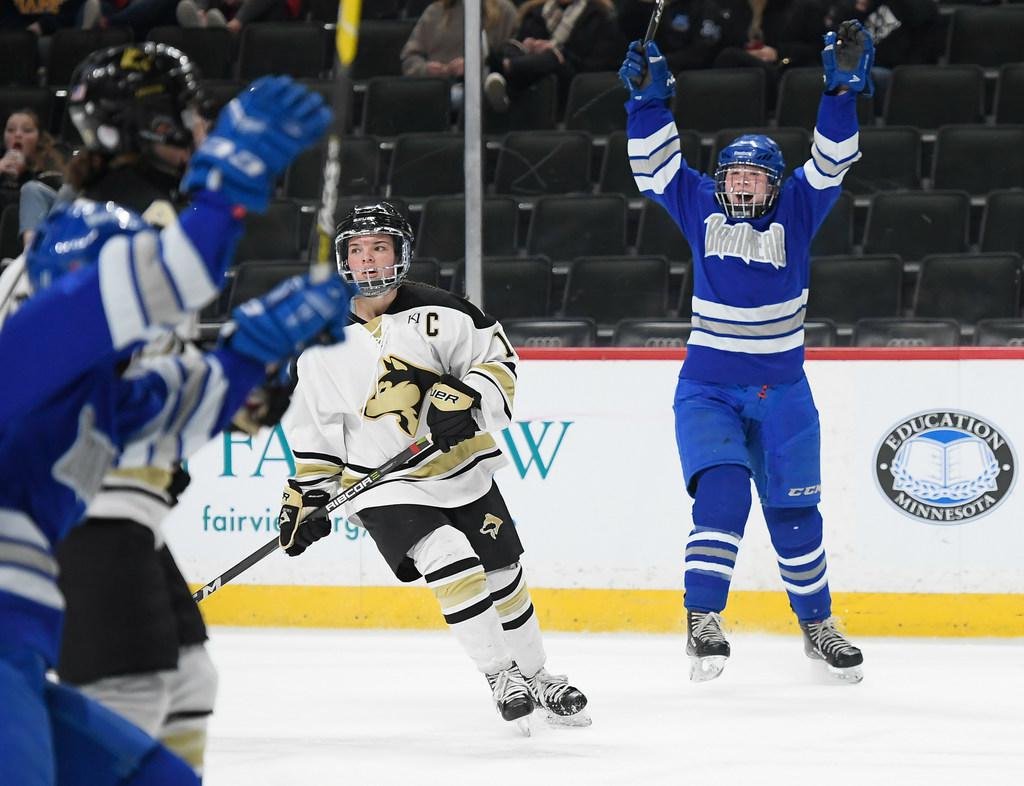 The Brainerd brain trust was half right.

The Warriors edged Andover 3-2 on Cheyenne Abear’s goal just 10 seconds into the extra period. The victory sends No. 3 seed Brainerd/Little Falls (25-4-1) to Saturday’s Class 2A championship game. Not since Grand Rapids/Greenway in 2008 has a northern Minnesota team reached the big-school class title game.

“We just needed to go out and embrace the moment and have fun,” Ernster said. “You’ve got to get away from this idea that it’s so pressure-stricken that you’re going to have trouble making decisions.”

The pressure was on No. 2 seed Andover (24-5) going into the third period trailing 2-0 despite outshooting Brainerd by a 29-16 margin. For two periods, Andover darted and dangled but could not beat Brainerd senior goalie Olivia King.

“There are a lot of kids in northern Minnesota that fly under the radar,” Ernster said. “So for her to perform at the level she has these two days (of the tournament) is a credit to her and her preparation.”

On her team’s 33rd shot of the game, Kennedy Little finally got Andover on the board. Then teammate Hannah Stauffeneker tied the game on her fourth goal of the season.

“I thought we had the momentum going into overtime,” Stauffeneker said. “We were feeling it.”

But Friday was Abear’s turn.

“I definitely didn’t think it was going to be 10 seconds but I just knew that no matter how long it took that we just had to do everything we could,” Abear said.

Trailing 2-0 after two periods, No. 2 seed Andover (24-5) needed a pair of third period goals to stay alive. But No. 3 seed Brainerd/Little Falls (25-4-1) stormed out of the gate in overtime for the upset victory.