The senior defender, who has committed to Minnesota, told her peers to cherish their opportunities. Calla Frank of White Bear Lake was named top senior goaltender. 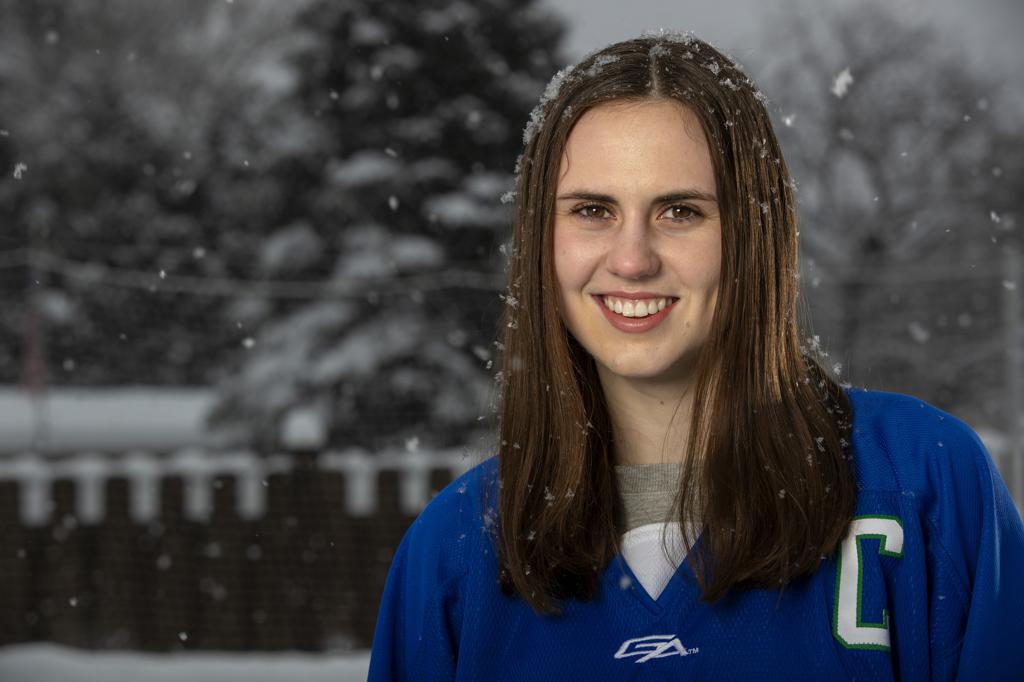 Set aside the brilliant high school career, the 21 goals as a defender this season and her commitment to play at Minnesota. What made Blake’s Madeline Wethington a fitting Ms. Hockey recipient is what she represents to the sport’s growth.

Wethington received the award on Sunday, one day after the 25th girls’ hockey state tournament. In the banquet audience at the St. Paul RiverCentre was her mom, Kerry Brodt Wethington. A 1990 graduate of Roseville, Brodt Wethington was born five years too early to play girls’ high school hockey.

So when Madeline Wethington took the podium for her acceptance speech, she spoke with wisdom beyond her 18 years, reminding her peers to cherish their opportunities.

“She’s almost like an old soul,” said aunt Winny Brodt Brown, the inaugural winner in 1996 of Ms. Hockey, given to the state’s top senior girls’ hockey player. “It’s pretty incredible how she sees the big picture. And I think that has something to do with knowing her mom missed all this. She grew up pretty grateful for all the opportunities she’s had.”

“Sometimes I feel really sorry that she didn’t get the opportunity to play so I try to not take it for granted,” Madeline said.

Recently named the Star Tribune Metro Player of the year, Wethington won three Class 1A state championships and tallied 150 career points. Only Edina kept Blake from reaching the Class 2A state tournament the past two years.

The other finalists for Ms. Hockey were forwards CC Bowlby of Edina, Izzy Daniel of Blake and Kelsey King of Elk River/Zimmerman, and defender Kaitlyn Kotlowski of Warroad.

Calla Frank of White Bear Lake was honored with the 2019 Senior Goalie of the Year award. Both awards are sponsored by Let’s Play Hockey, the Minnesota Wild, GoodWood Hockey and OS Hockey.