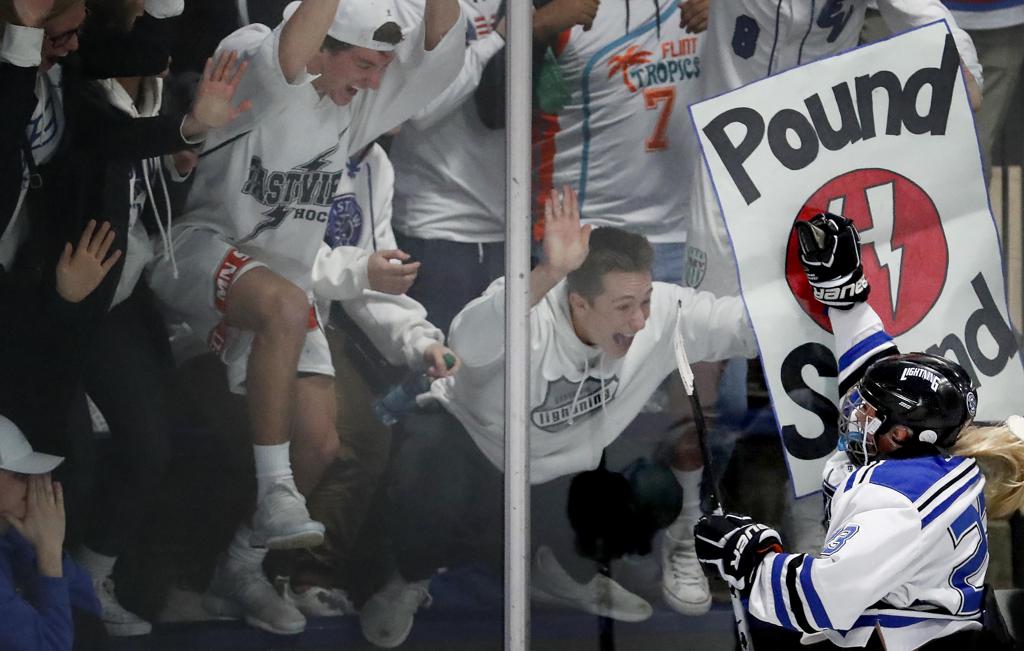 In the closing seconds of the Class 2A, Section 3 girls’ hockey section final, Eastview senior Molly Beckman saw the puck behind the net and said she knew she had to get it. She flipped it toward the goal.

“Then it hit the post and then it just went in,” Beckman said. “Lucky shot.”

The game-winning goal came with 19.5 seconds left in the game, giving top-seeded Eastview the 2-1 victory over No. 3 seed East Ridge on Wednesday night at Veterans Memorial Community Center in Inver Grove Heights. It also gave the Lightning its third consecutive trip to the state tournament.

Down 1-0 through two periods, the Lightning got a power-play goal from sophomore Annie Luzum with 8:18 left in regulation to tie the score.

“We kept working hard and putting some pressure on,” Eastview coach Herb Harvey said. “I think our experience helped out playing in the last three section finals.”

They certainly aren’t strangers to close games in section finals. Last year, Natalie Snodgrass, a senior this year, scored the tying goal with only seven seconds left. She added the overtime winner to beat Eagan 4-3.

It was the Raptors that came out with offensive zone pressure in the first period before taking a 1-0 lead in the middle of the second with a goal from junior Siobhan Claugherty off a rebound. The Raptors also lost to Eastview to end last season, in double overtime in the section semifinals.

“I was expecting overtime, and we just got a lucky bounce,” Harvey said.

Both goaltenders, Chloe Heiting for the Raptors and Kaitlyn Pellicci for the Lightning, came up with save after save for their teams throughout the game. The final shot tally was 38-32 in favor of the Raptors.

“I was just focusing really hard, and I really was just doing it for my team,” Pellicci said. 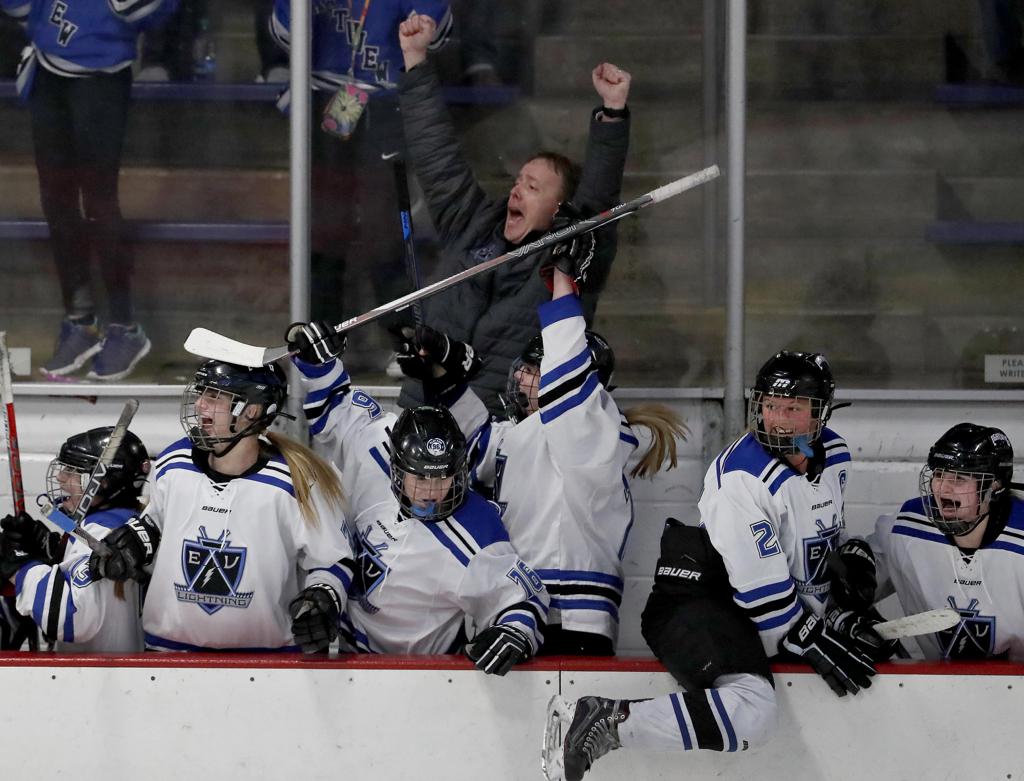